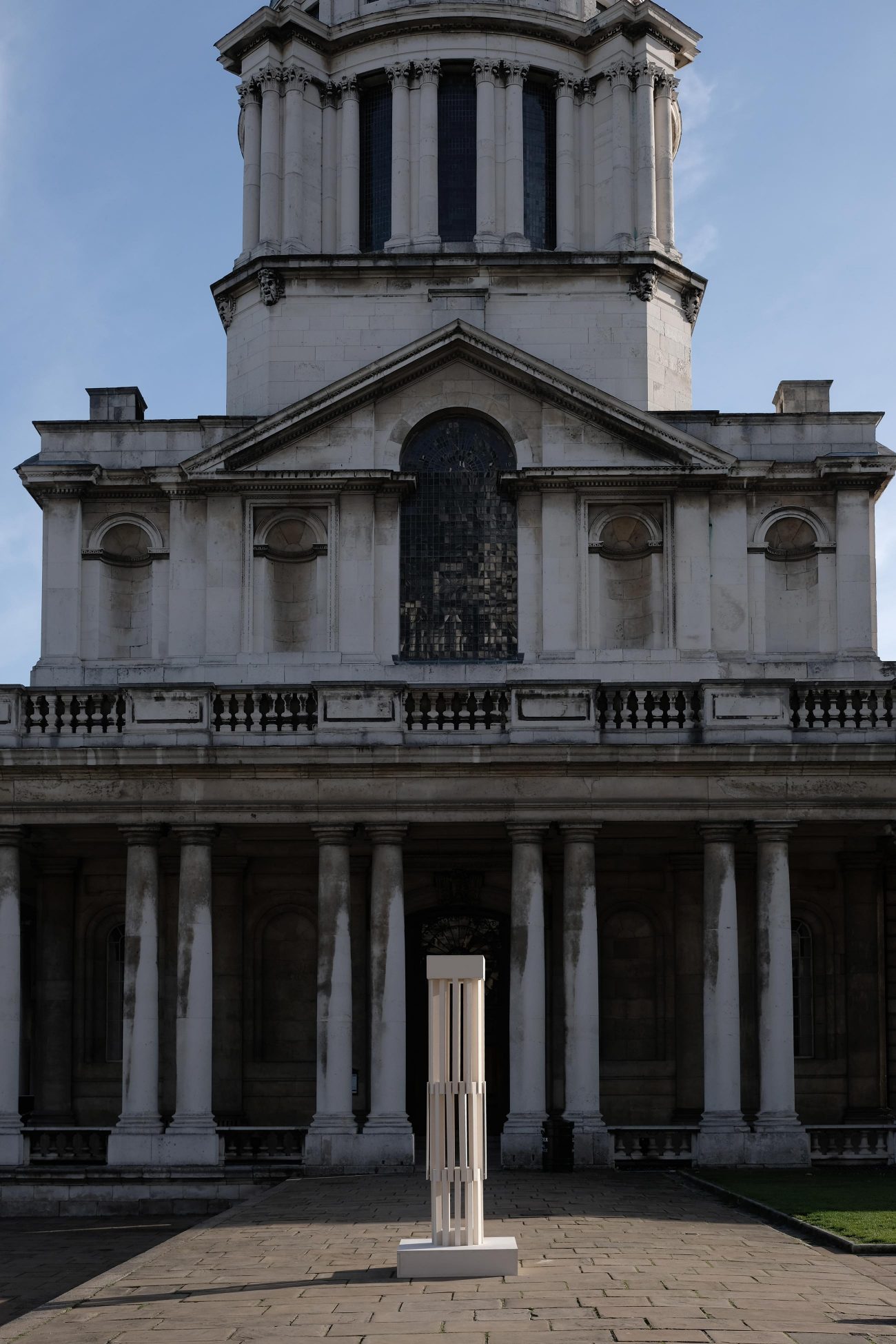 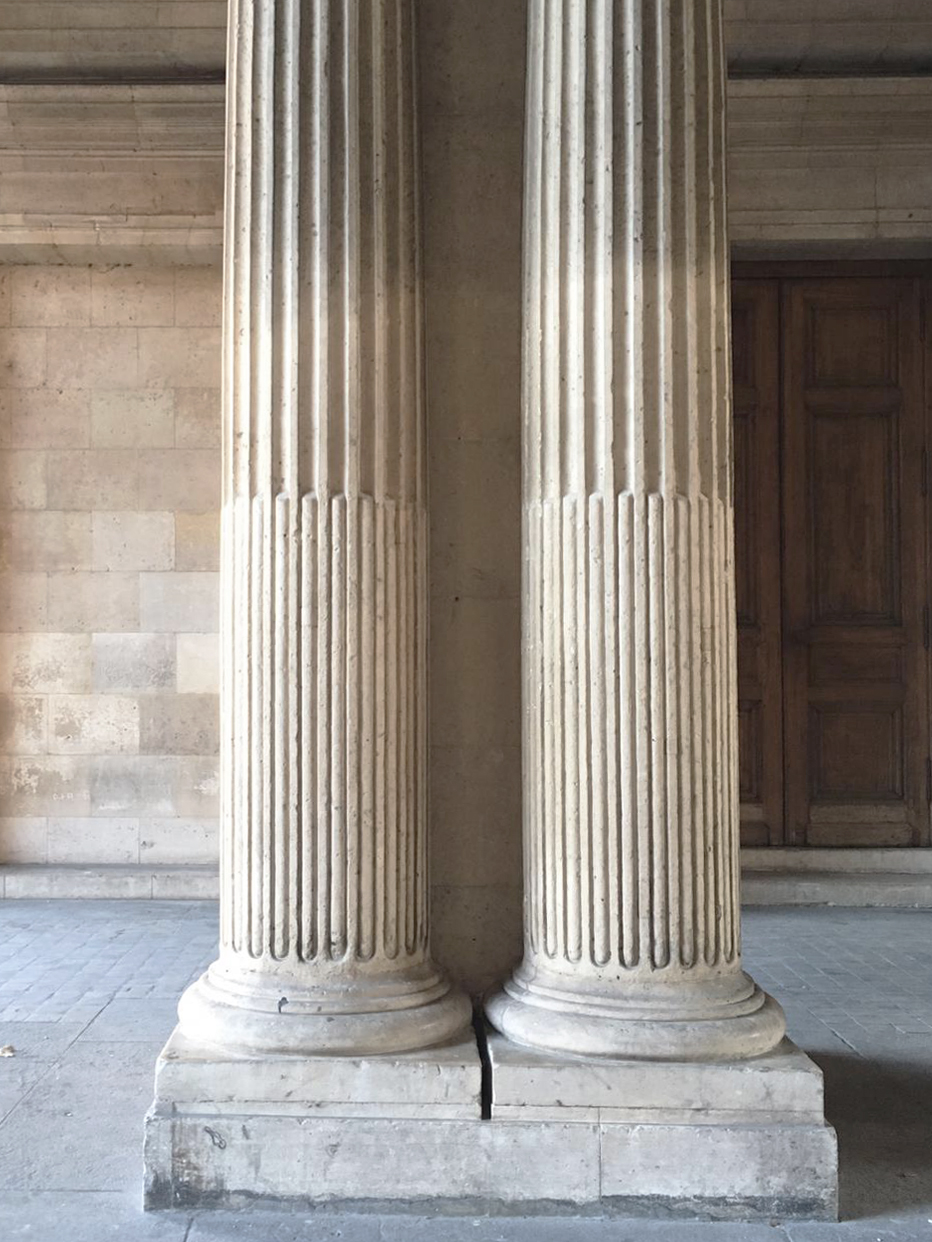 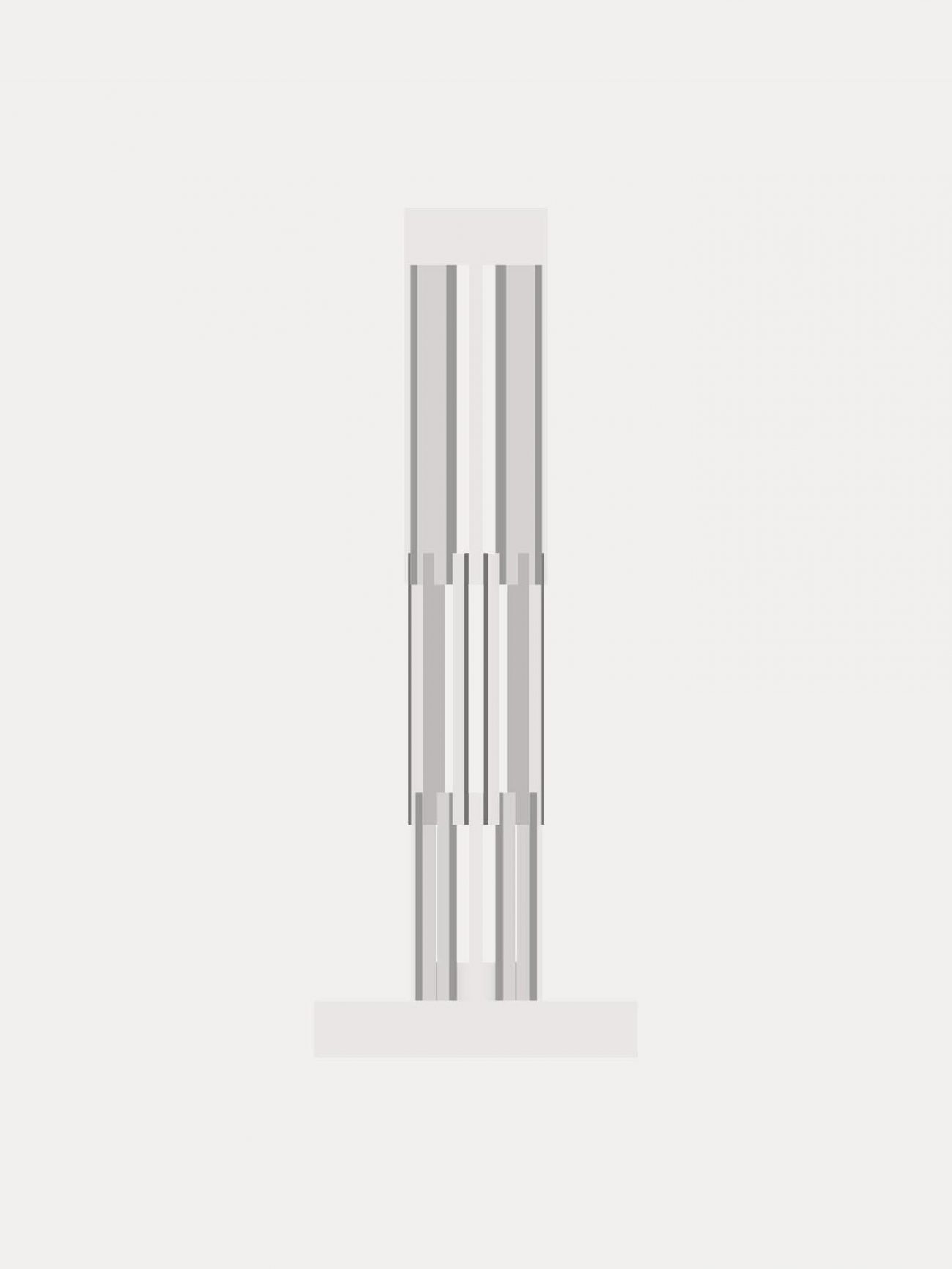 We proposed two simple inverted structures that reflected a metamorphosis in the identity of a column from something solid to a framelike form. These were used to stand as markers on the site during an event at the Old Royal Naval College and the Queen's House in Greenwich, run by the Architecture Foundation.

The three-tiered stepped assembly relates to the tapering of columns and its use in emphasising slenderness. By staggering and arraying the posts we evoke a sense of fluting, giving shallow grooves running vertically around the column shaft.

The columns will live on in their new location at Shatwell Farm, as part of the Drawing Matter collection. 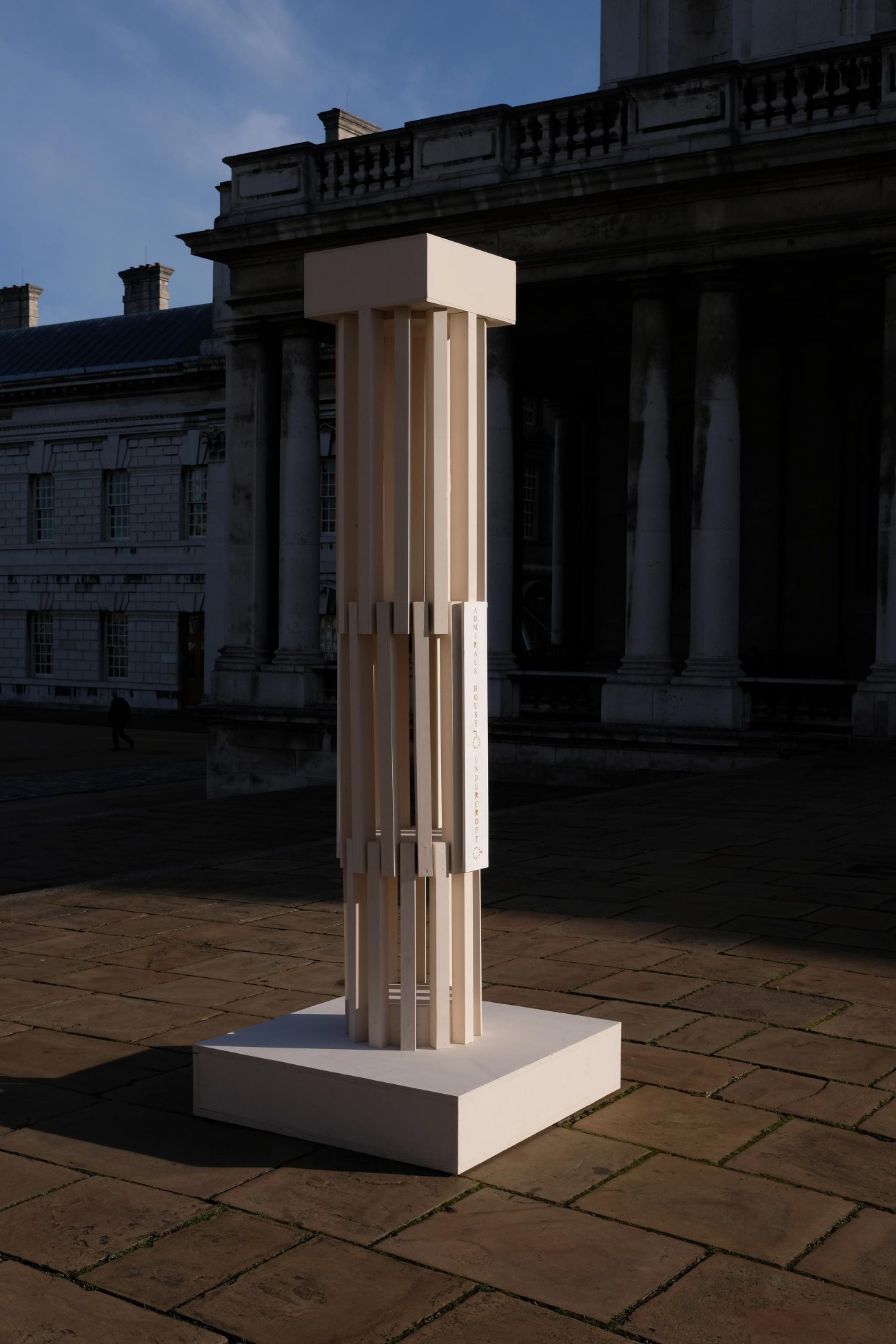 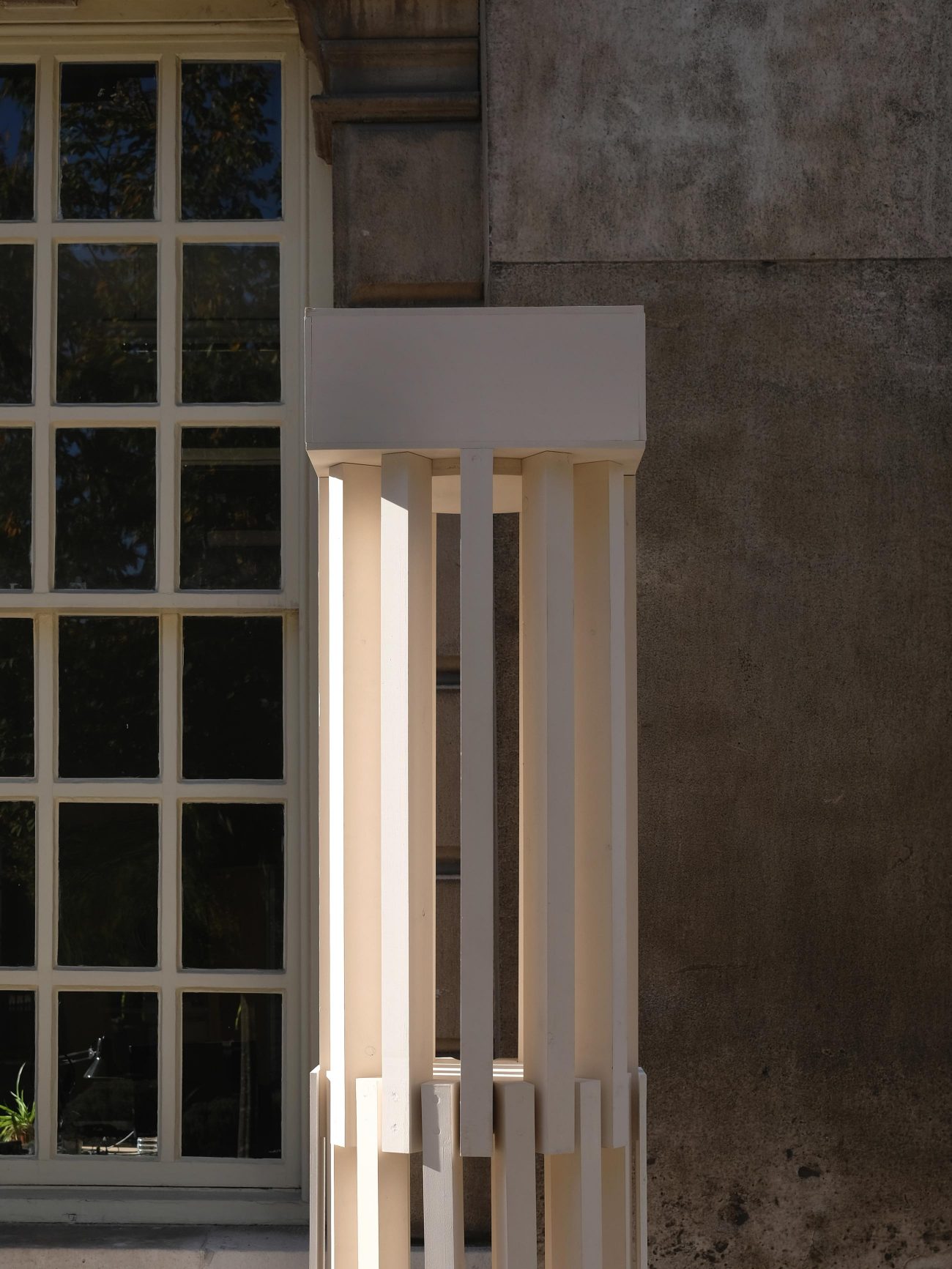 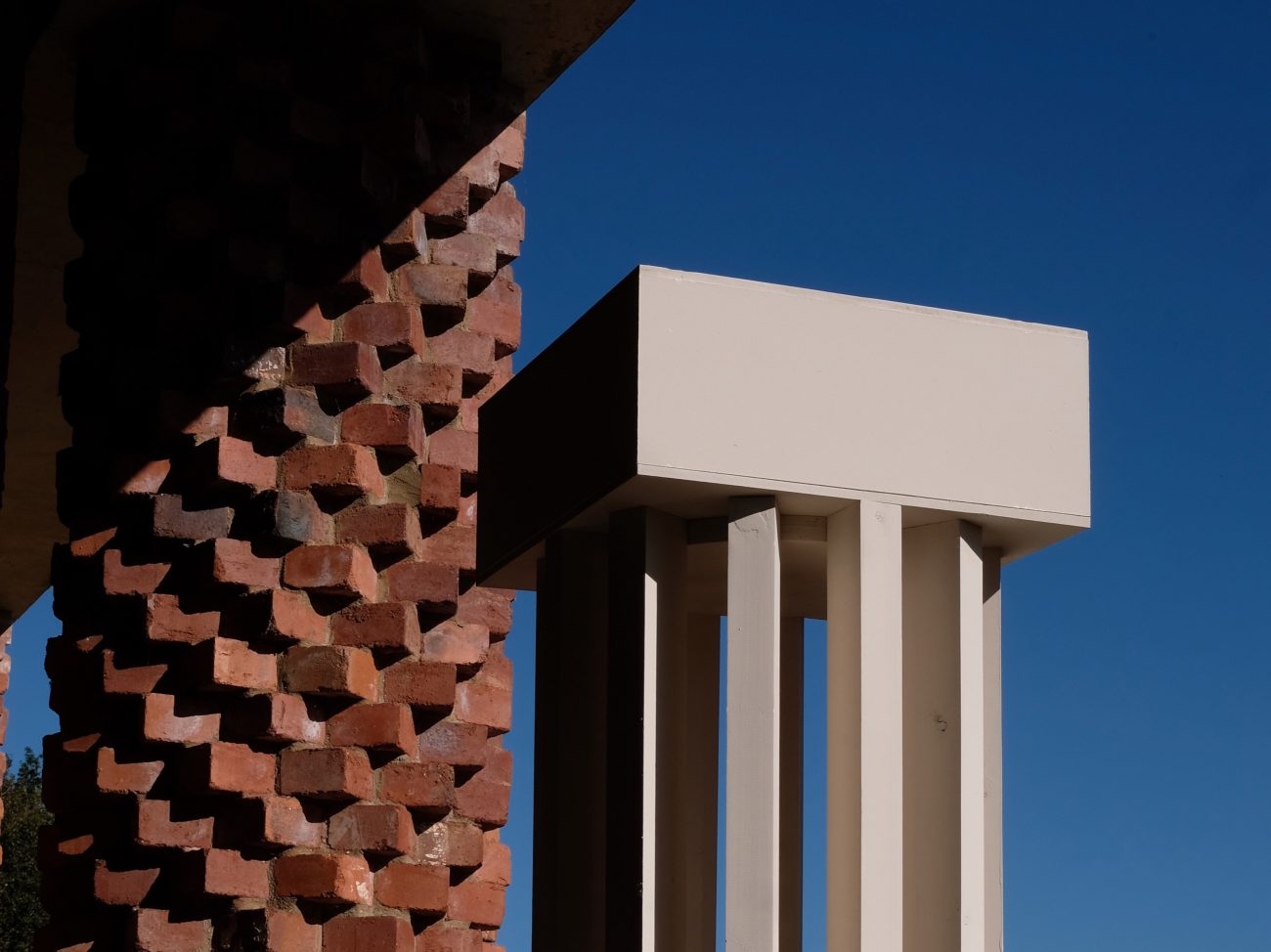