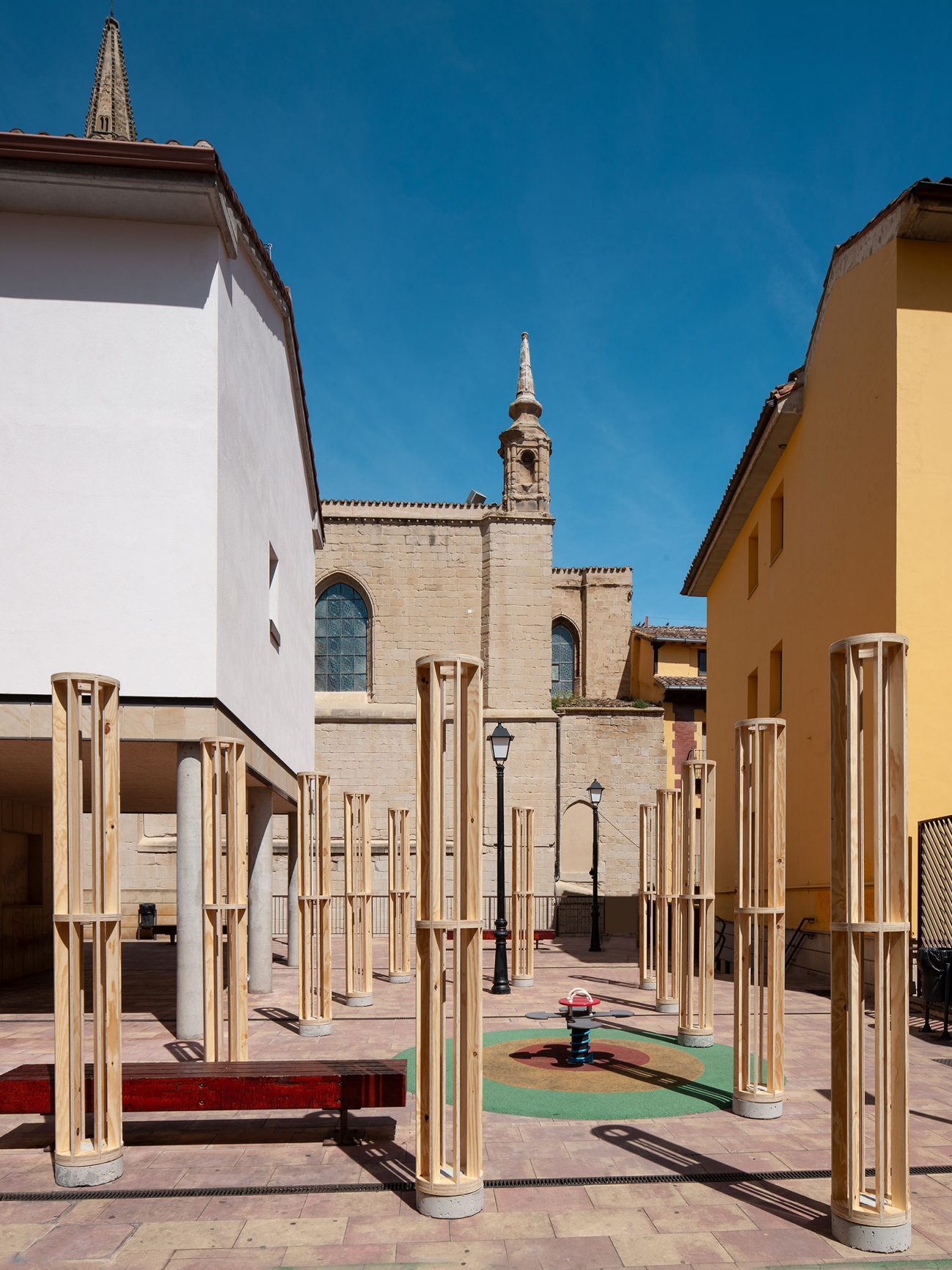 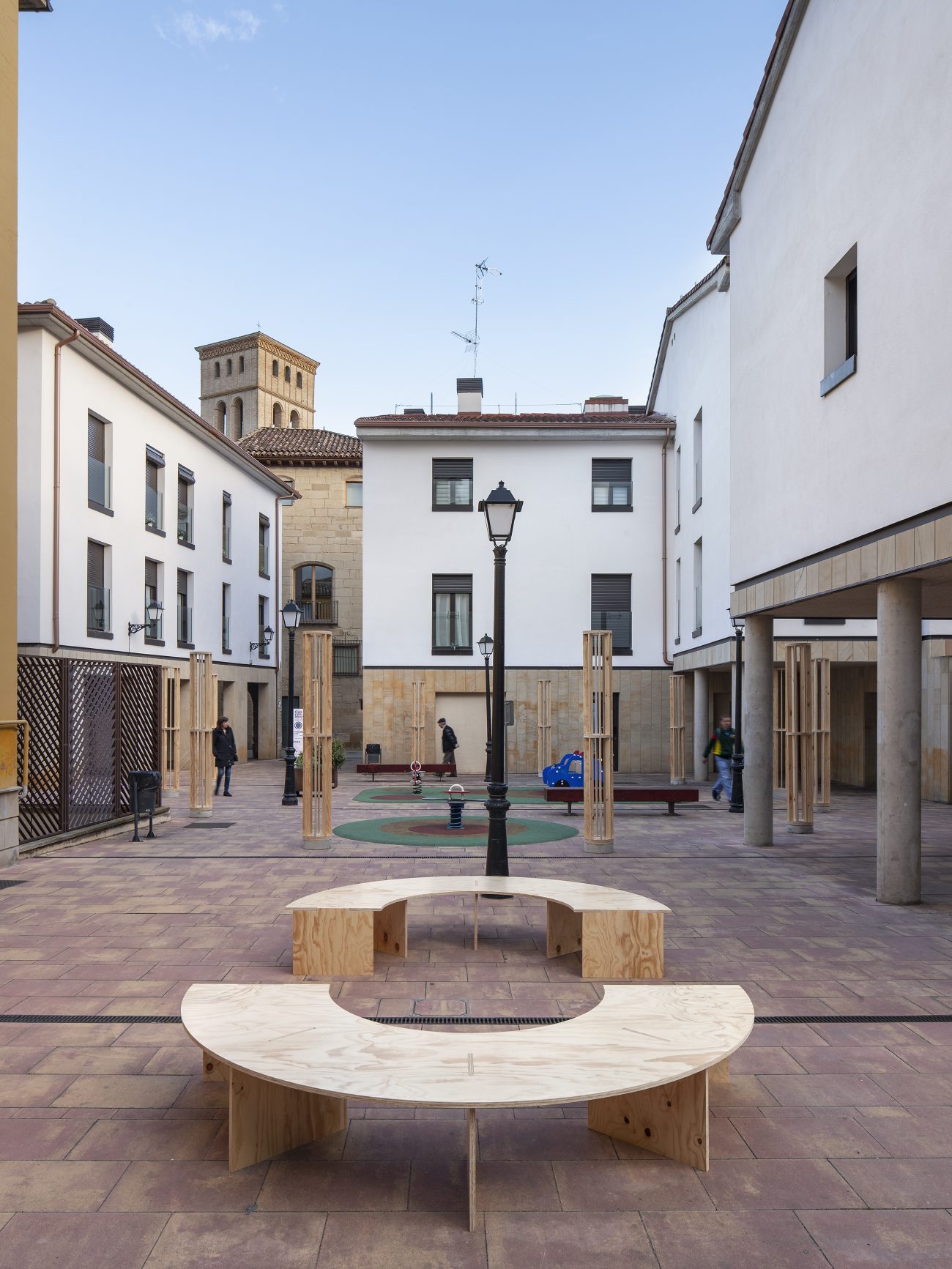 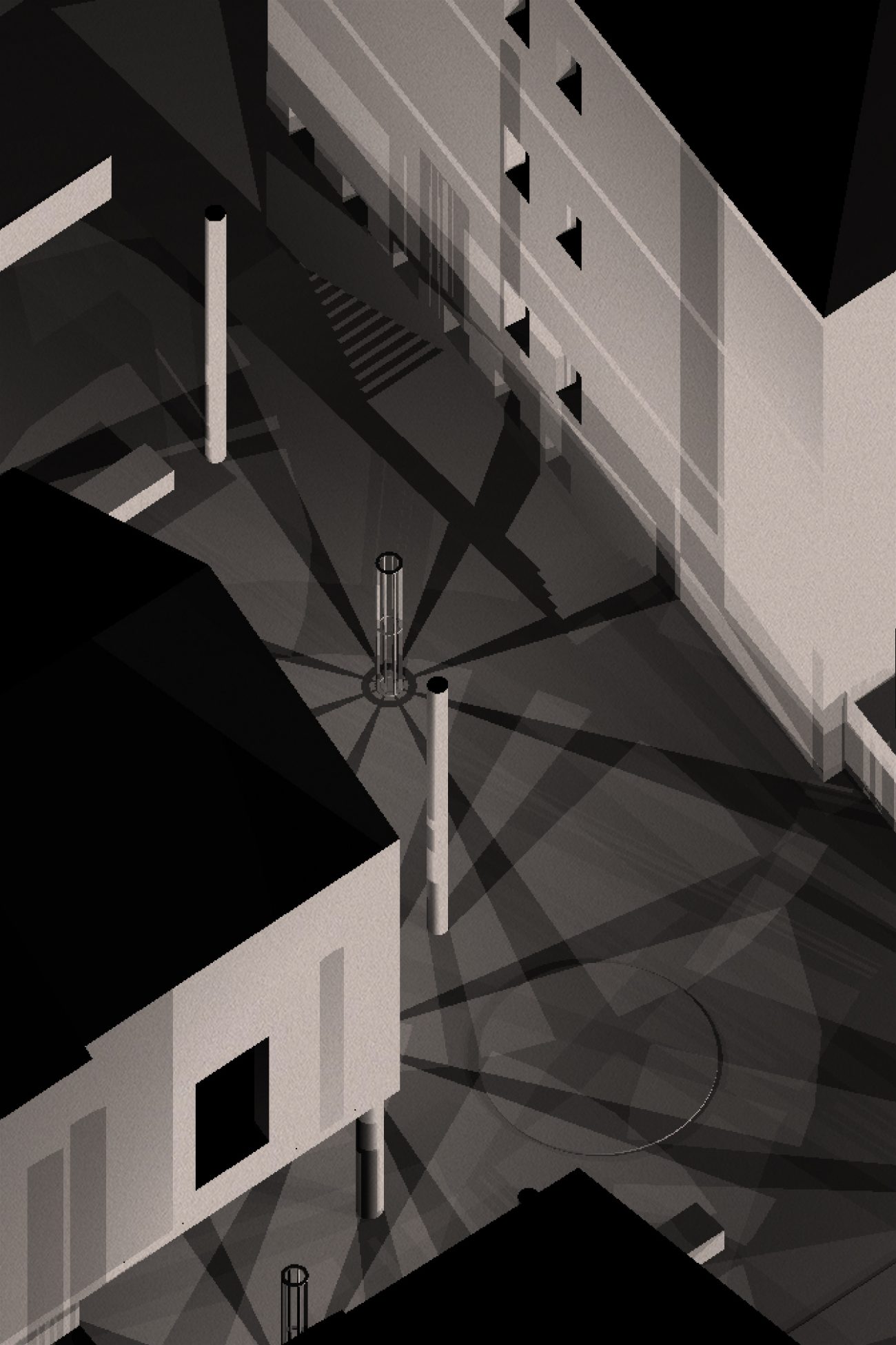 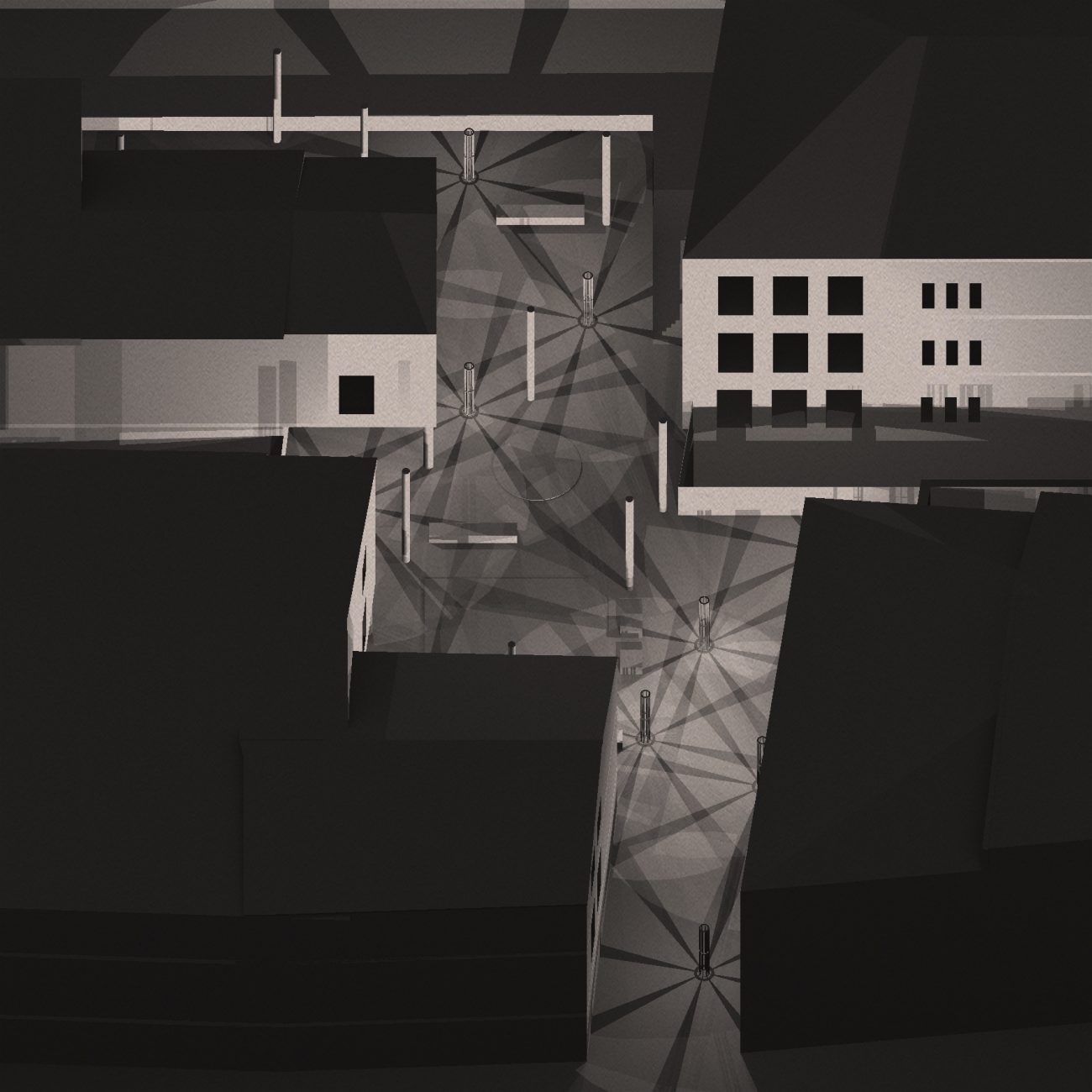 The project starts with the act of placing a column in a space to help rationalise and give a new order to the square, as a way of acknowledging the qualities while trying to transform the use of the public realm. This project is a continuation of EBBA’s fascination in the ideas and use of rudimentary architectural elements and our interest in creating simple yet purposeful interventions that explore proportion, form and public space.

The city of Logroño, known for its historic buildings and reputable churches, is part of the trail on the ‘Camino de Santiago’, a pilgrimage route leading from the French border across the north of Spain. A city made up of streets and patios helps to create a sense of urban rooms at different scales, all lined with colonnades that are carried by columns which both define and provide unique edge conditions. This intervention takes the idea of the column as a device, and the understanding of it being integral to the way the spaces in this city are formed, as a starting point.

Responding to quite a complicated site this project gives the square a new order through a very simple intervention. The placement of a single column can help to demarcate and create an enclosure, as well as anchor and make new space around it. This project proposed to transform the square by adding columns by way of offering new configurations that could be re-arranged. The project suggests a playful way of activating the space that could allow the various local festivities to happen within the sea of columns.  As a simple gesture, the columns were designed to be reorganised, to create new rooms within this urban room, while at night they transformed into light beacons to give the square a new life and a totally different experience in the city. 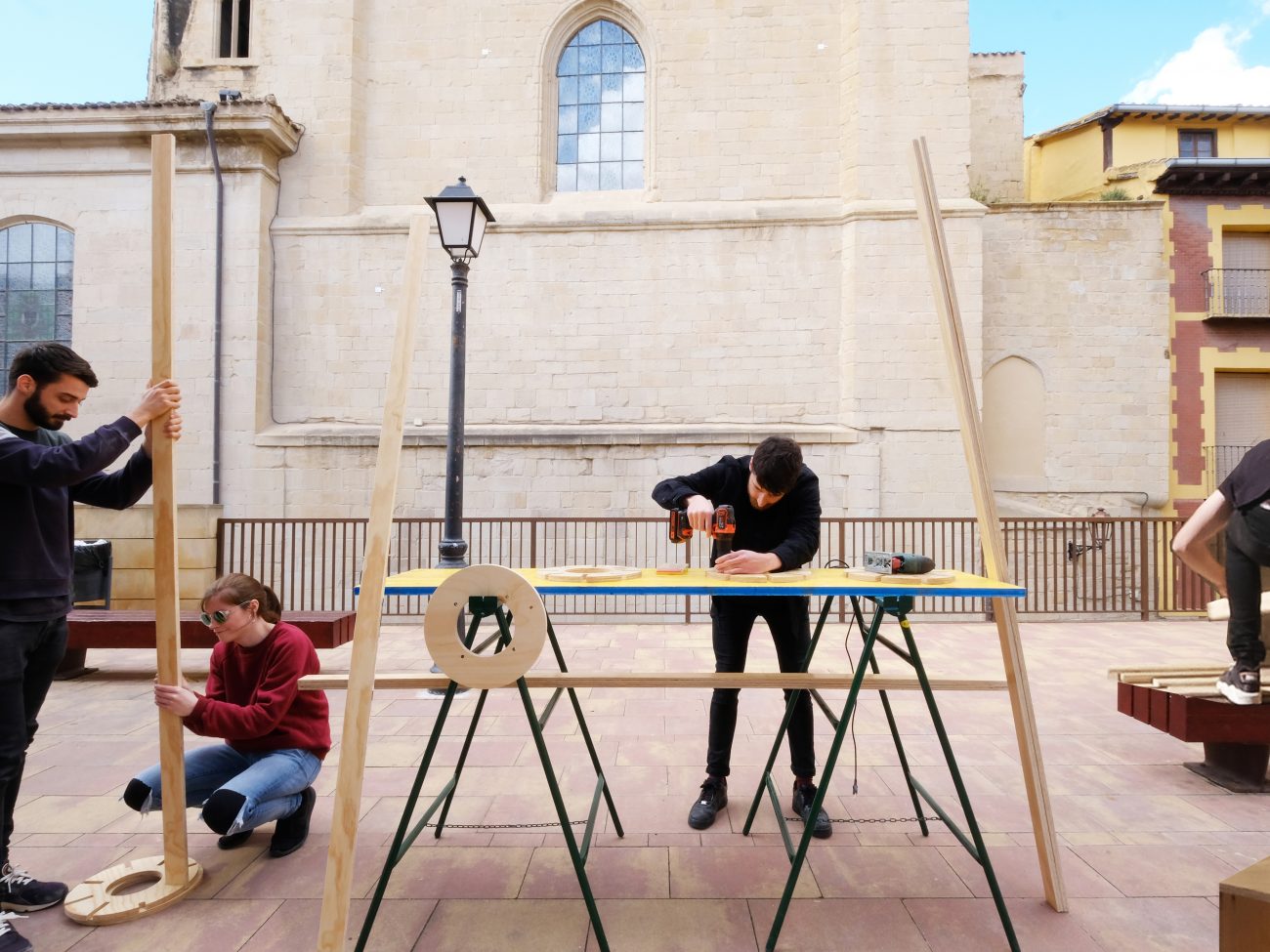 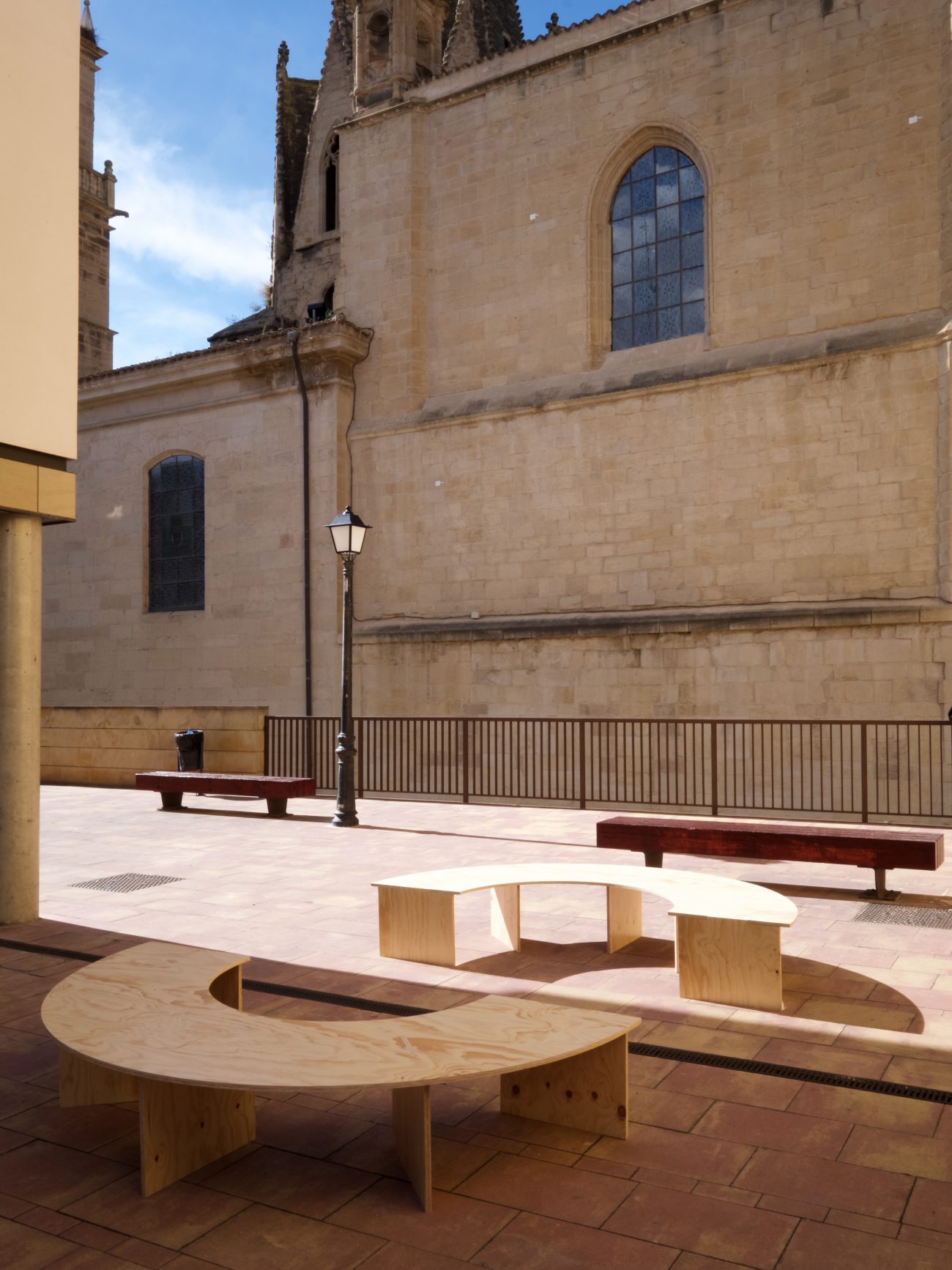