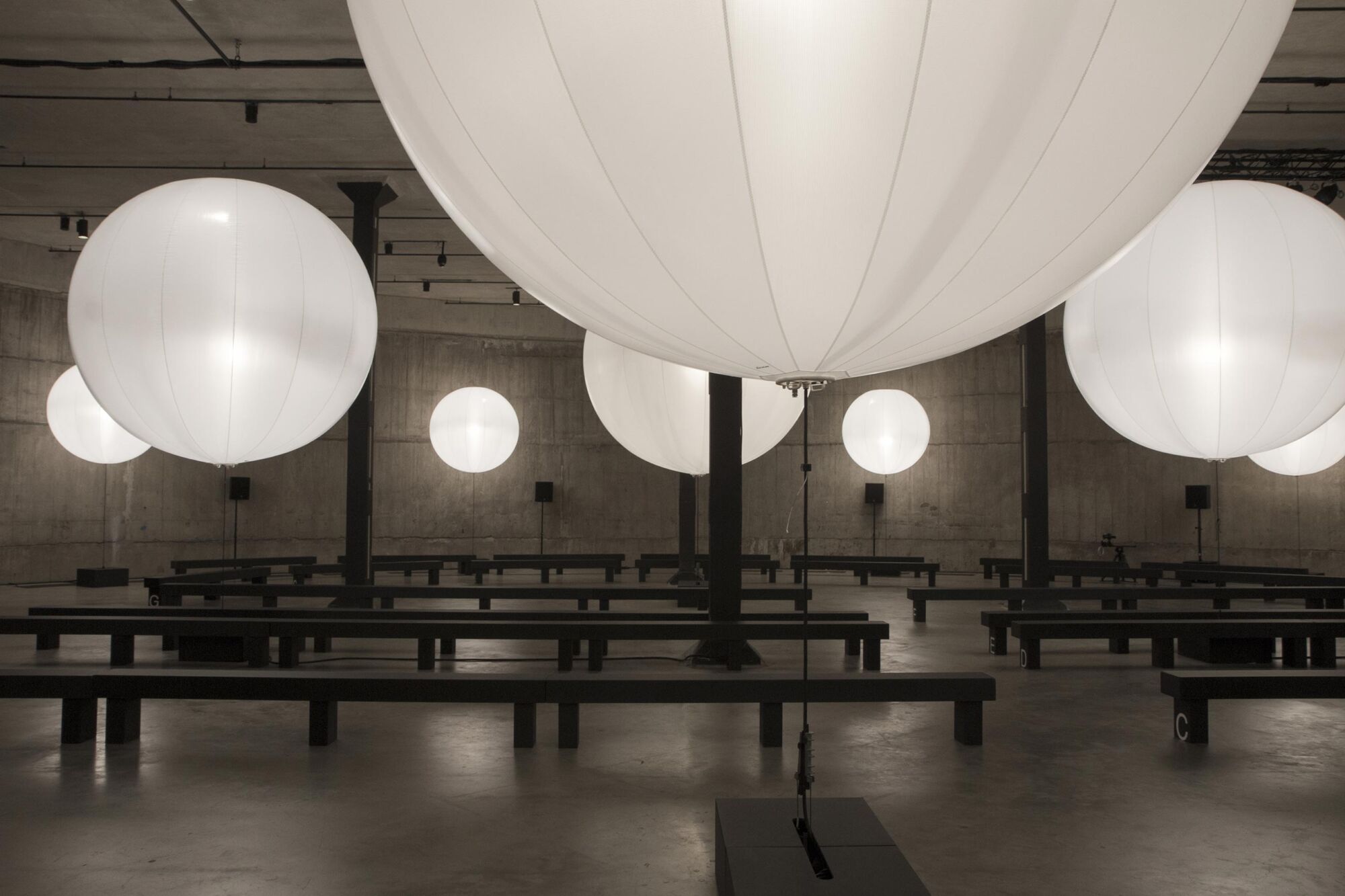 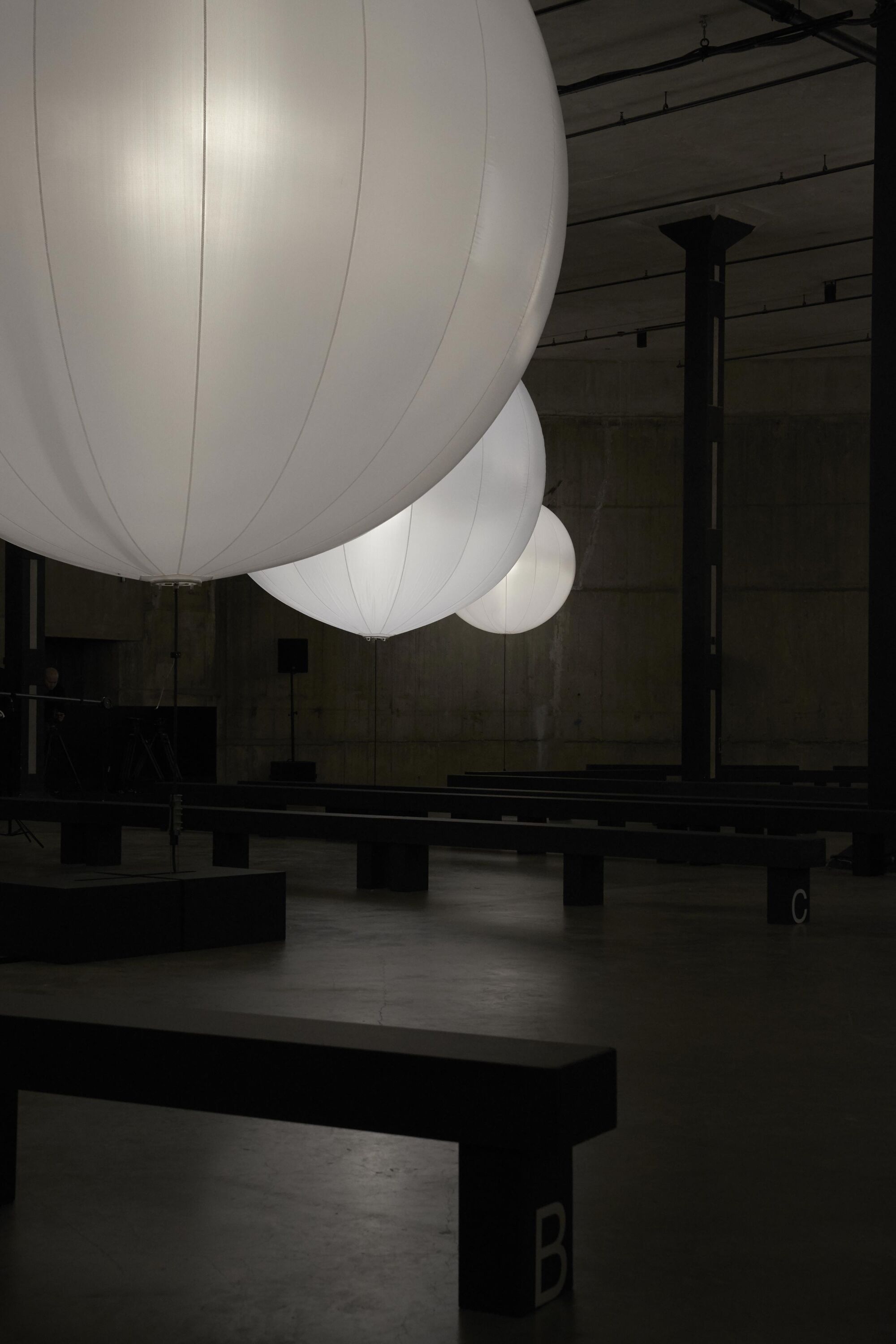 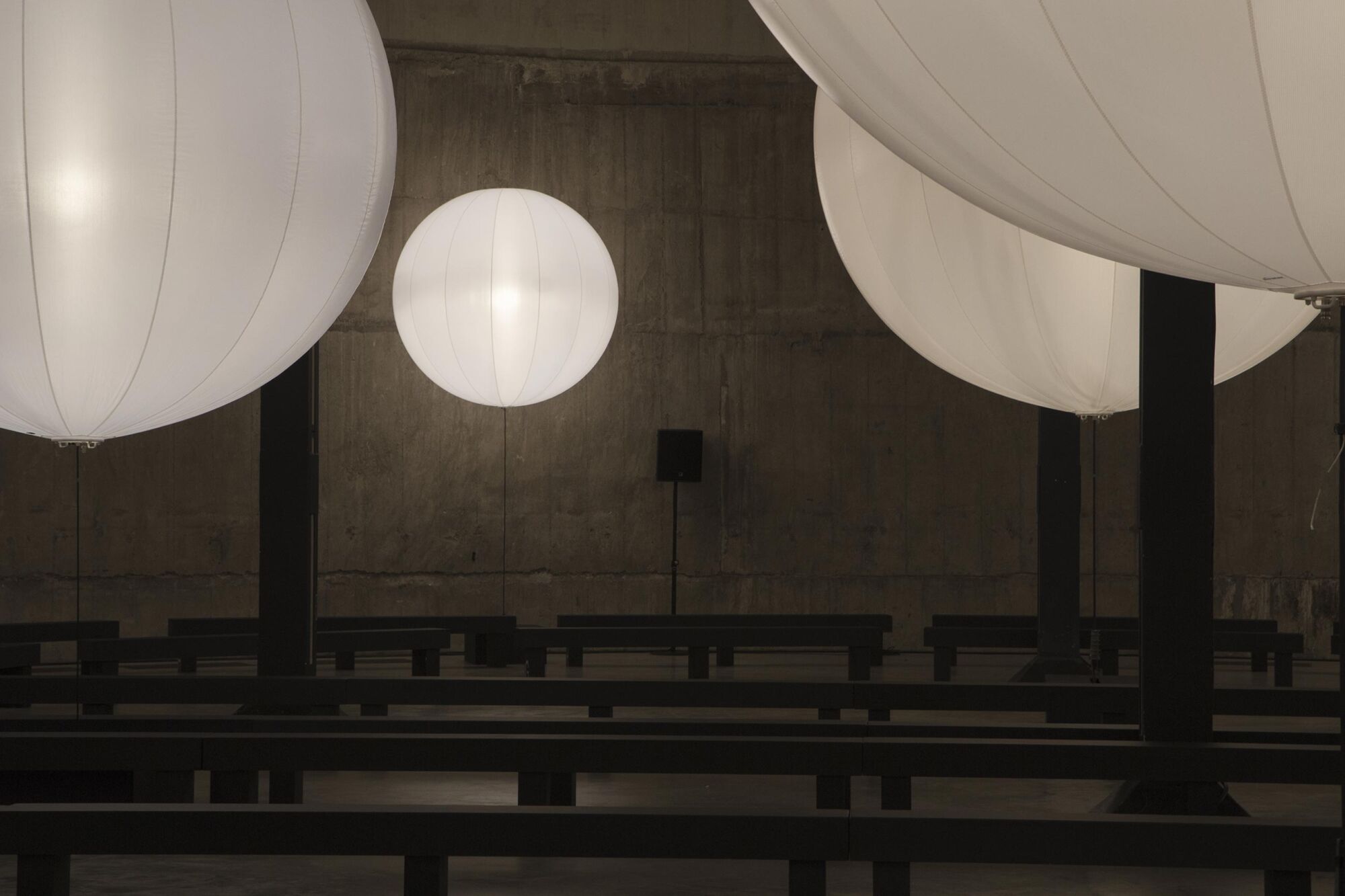 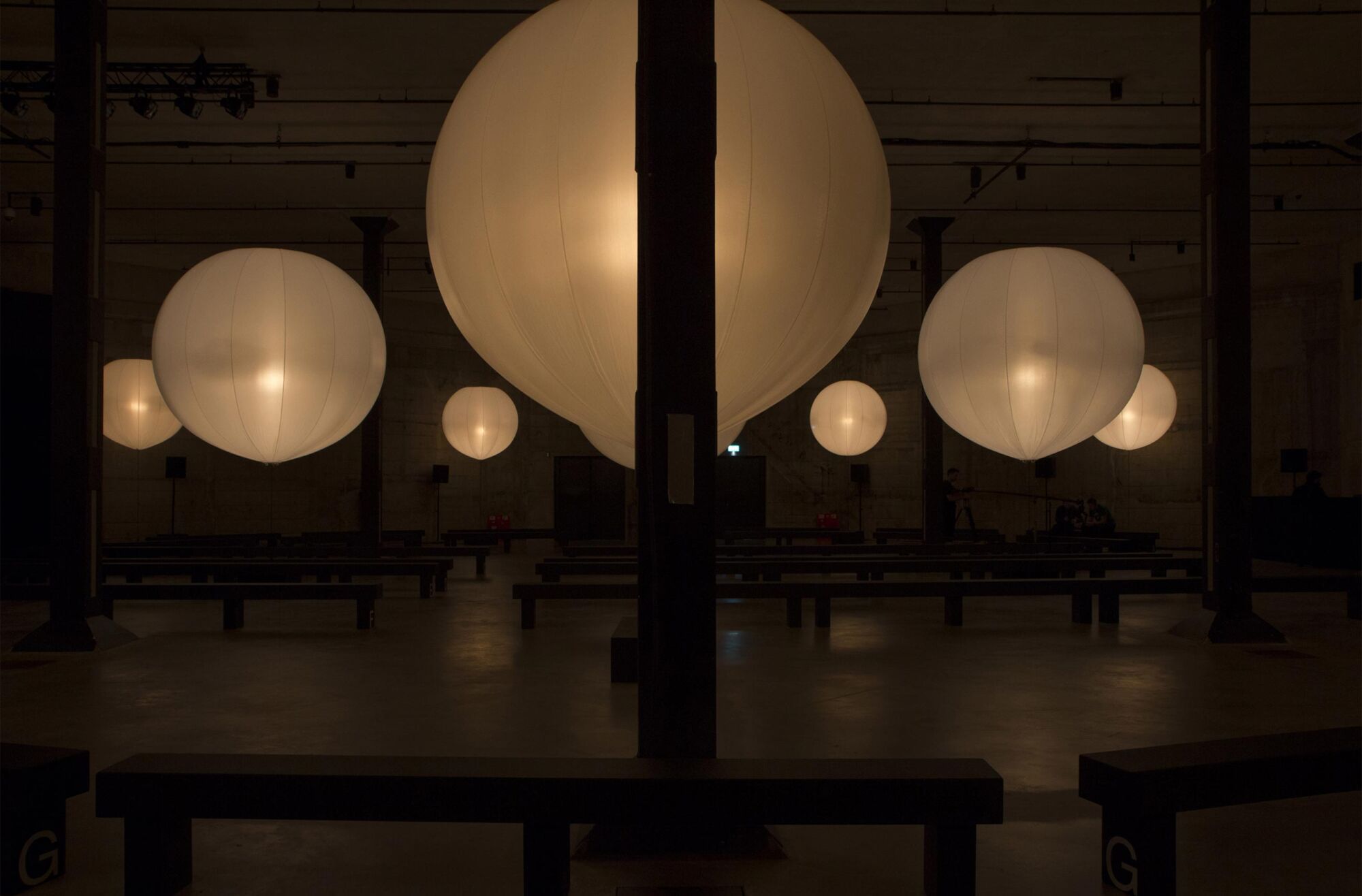 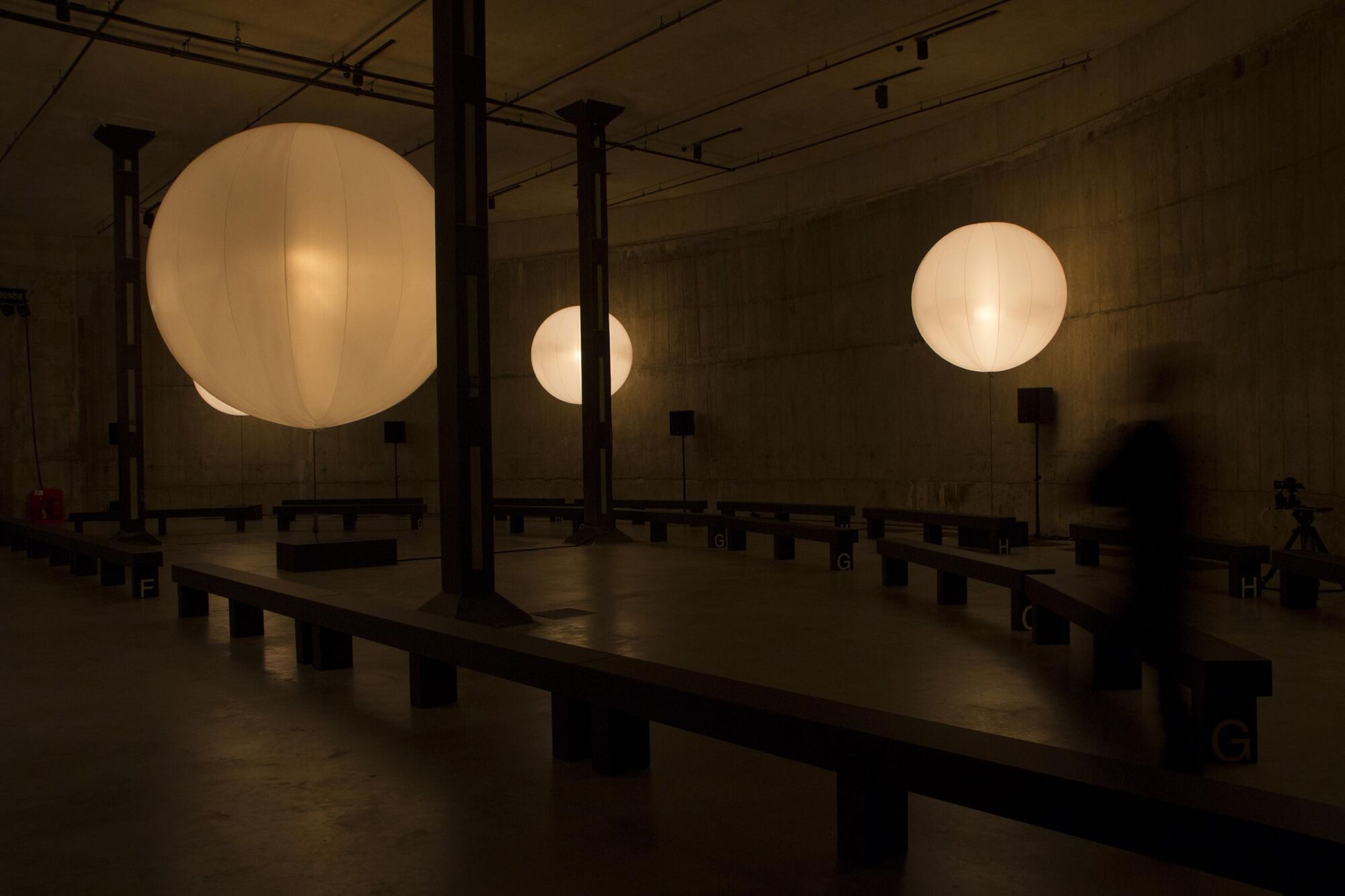 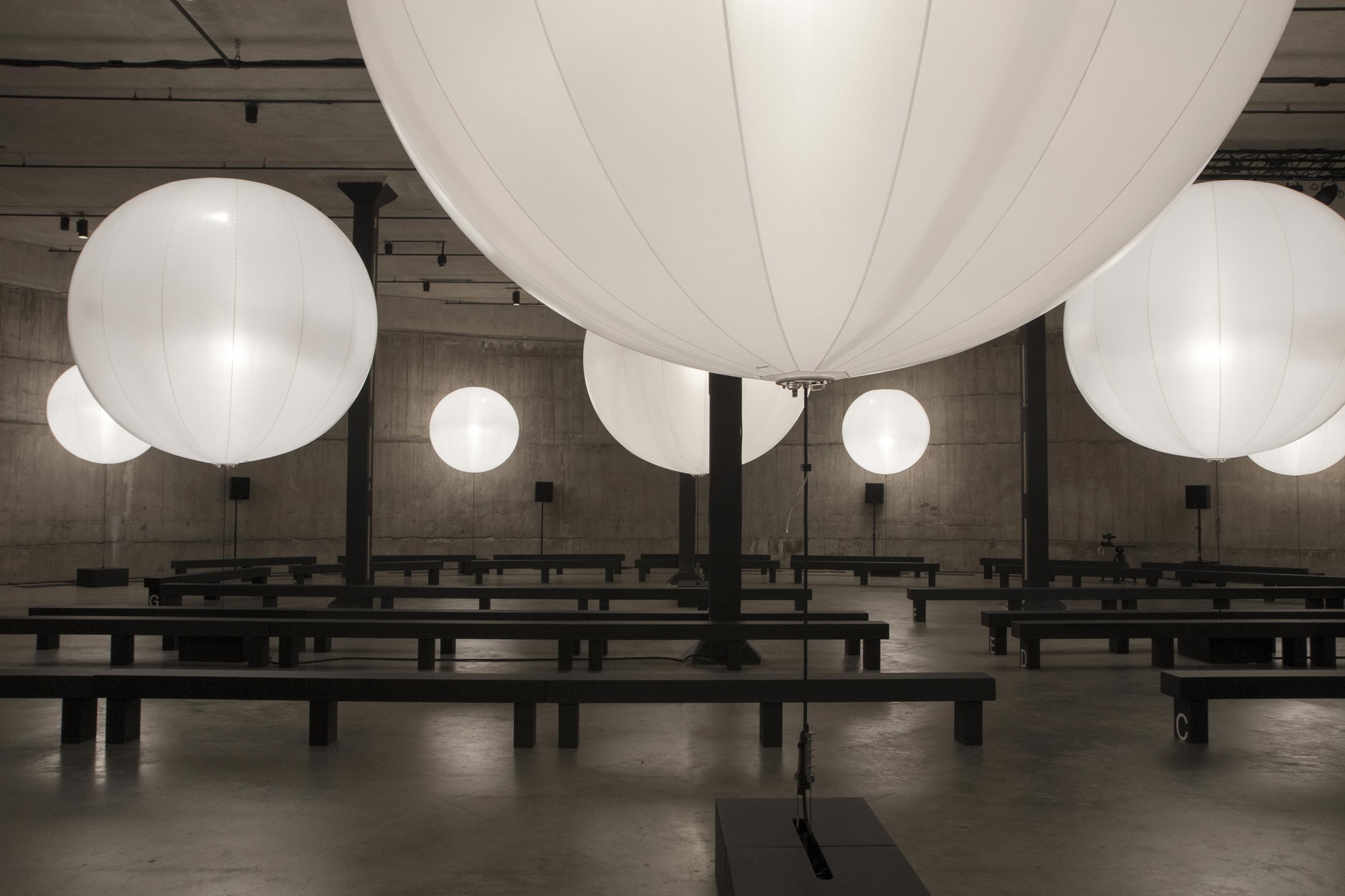 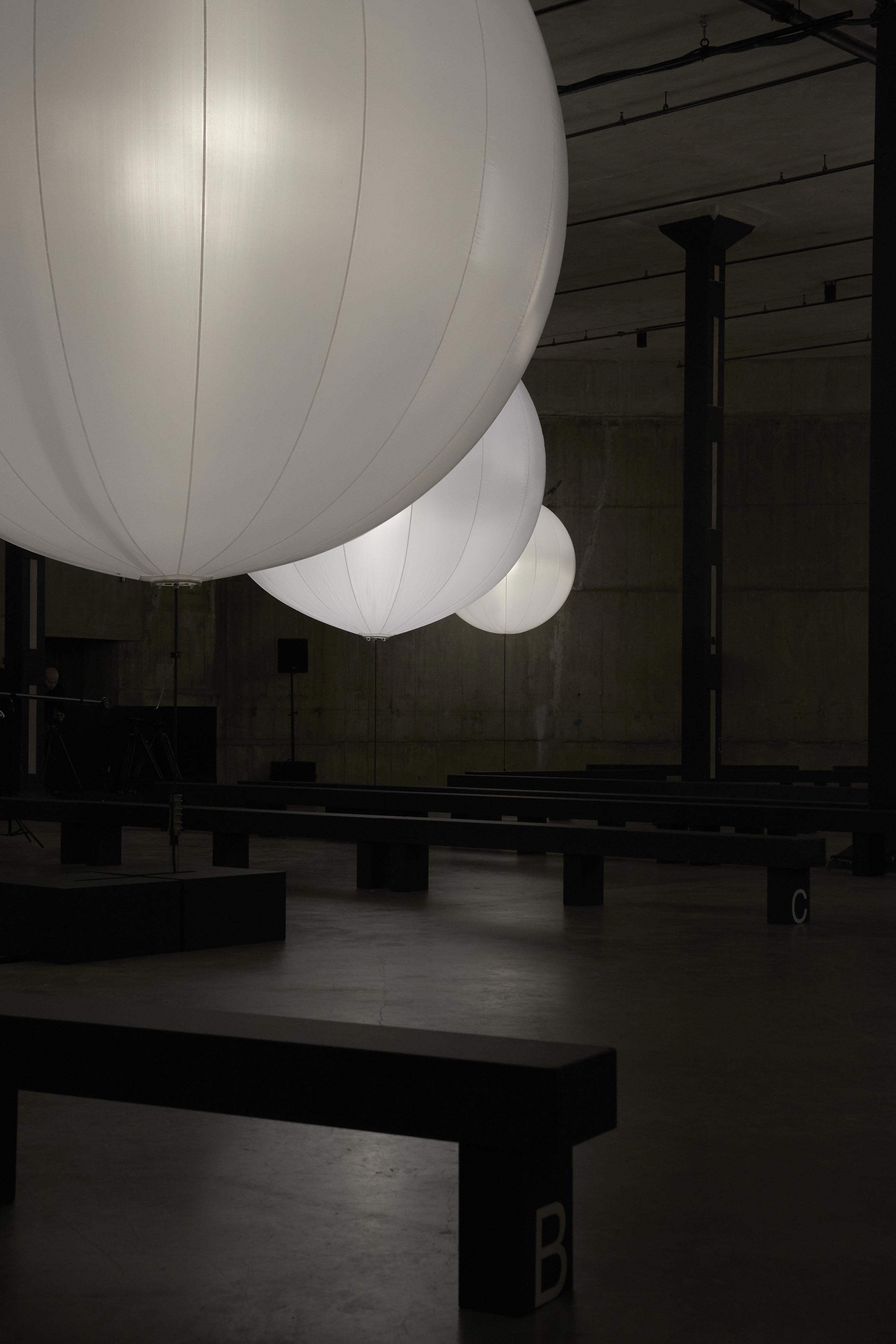 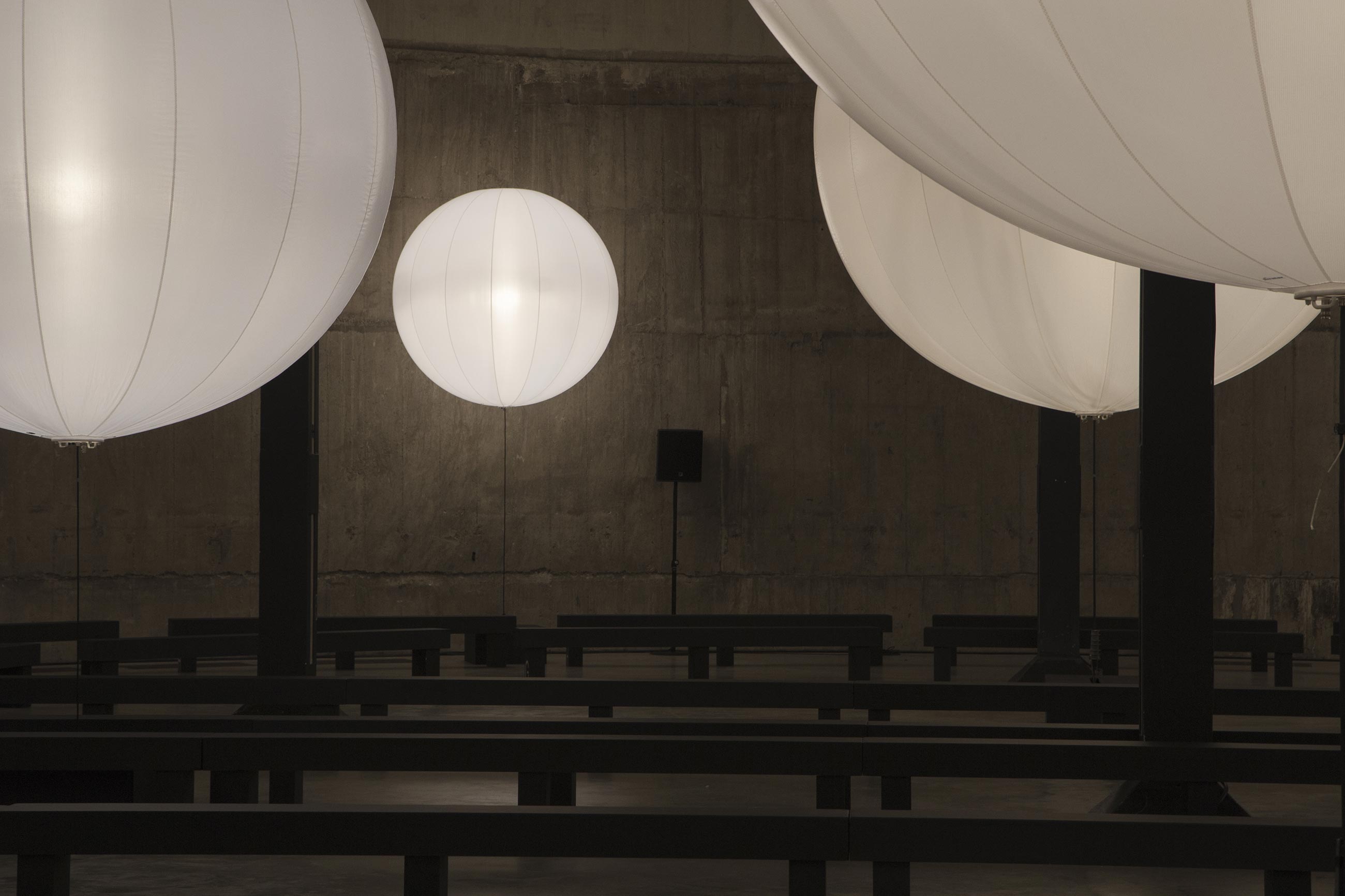 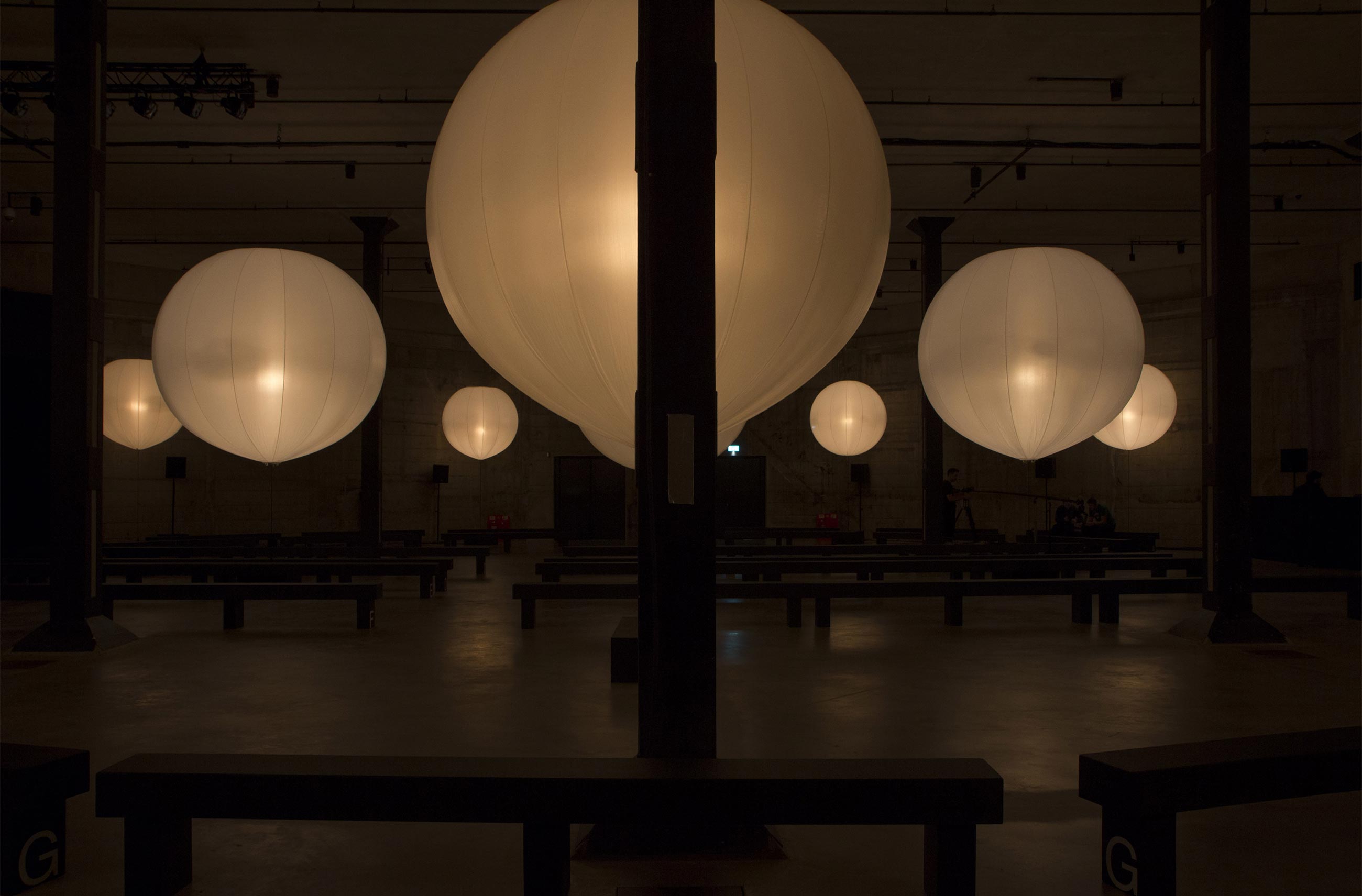 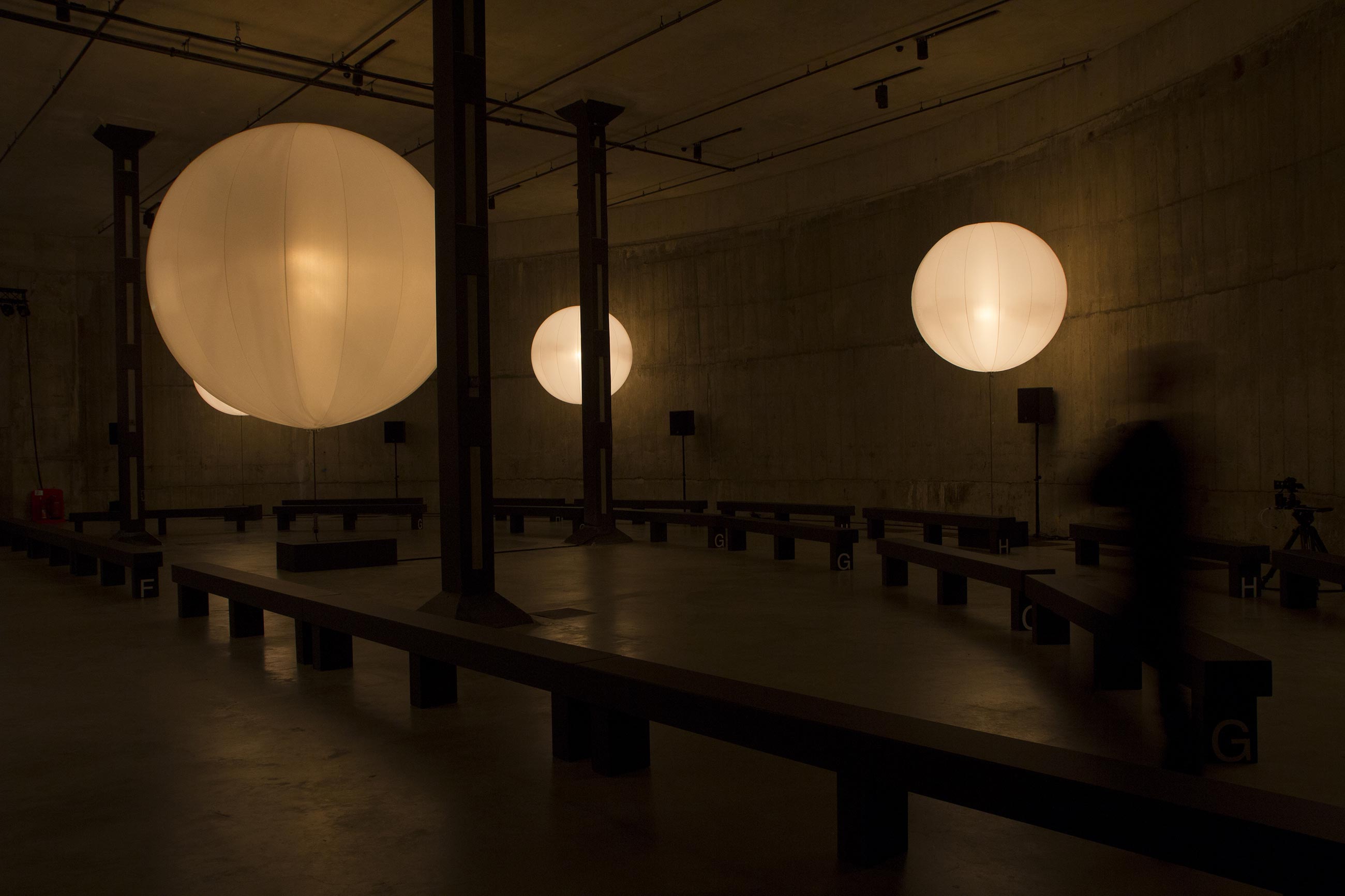 We were asked to collaborate again with the fashion designer Ports 1961 at London Fashion Week in February 2018 for a AW18 show at Tate Modern, London. Designed around the raw spaces of the Tanks, the proposal emphasised the clean raw image of the interior of the cavernous space.

As a simple yet powerful intervention, the proposed lighting installations were a reaction to the qualities of the site and the attempt to generate an atmosphere of sunrise. The project, ‘Horizon’, sought to introduce the evocative glow of early morning light, realised by the introduction of large spherical lights that helped to create drama and frame the large concrete volume. The lighting was designed to interact with the increase in number of visitors, getting brighter as the space was occupied as an awakening daylight. 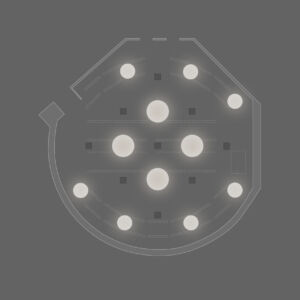 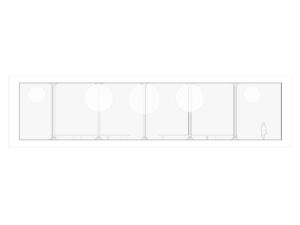 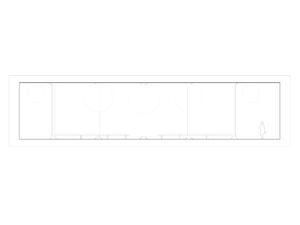